In the month of November 2018, a crew of Komatsu PC-2000 excavator operators (side No. 5) composed of Andrey Drozd, Alexey Malykhin and Dmitry Ryabtsev loaded 650 thousand cubic metres of rock mass into dump trucks at the Bureinsky open pit. This figure is a record for the given class of vehicle not only in Russia, but also in the former Soviet Union. The data were confirmed by objective control instruments.

Let us recall that the previous world record for this excavator model was set by a crew of excavator operators of the Tugnuisky open pit headed by V. Petryakov. In a month, they loaded 628 thousand m3 of rock mass.

Senior Vice President of LLC Komatsu CIS A.E. Klepikov sent an official letter of congratulations to SUEK and Urgalugol, ‘We are very pleased to acknowledge that Urgalugol has both outstanding workers and exceptional competences in the field of Komatsu machine operation. We have no doubt that the current achievement is not the last for your company, and in the future we will have more than one occasion to congratulate Urgalugol on setting new records using our vehicles.’

Noteworthy is the fact that Urgalugol’s crafty mineworkers achieved these record-breaking figures with a reduced team, which is also evidence of the high level of training of SUEK’s machine operators. 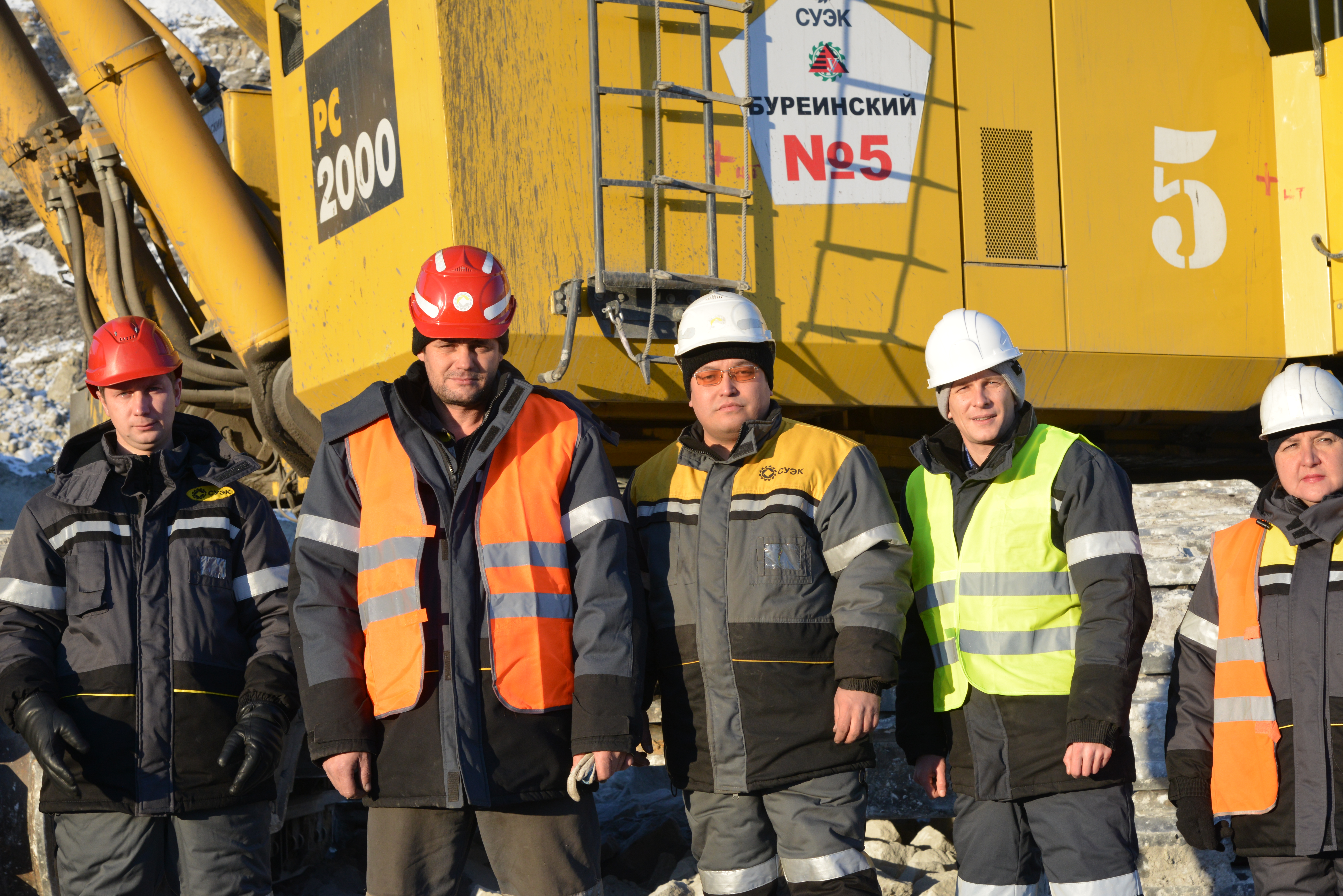